Sexual harassment is a type of harassment involving the use of explicit or implicit sexual overtones, including the unwelcome or inappropriate promise of rewards in exchange for sexual favors. Sexual harassment includes a range of actions from unwelcome or unwanted verbal, nonverbal, or physical attention or contact that is sexual in nature, such as sexual slurs, vulgar jokes, advances, and derogatory statements of actions, to domestic violence, dating violence, sexual assault, and stalking.

Sexual harassment is prohibited under Title IX of the Education Amendments of 1972 and Title VII of the Civil Rights Act of 1964 and is against the law. Bridgerland Technical College is obligated to create a safe campus community and resolves to prevent sexual harassment from occurring in its education programs and activities.

Below are some steps a student who has dealt with sexual harassment at school can take:

Tell the harasser to stop. Promptly let the person know that their behavior is uncomfortable and unwelcome. Do not mince words – use precise language stating that the harassment stop immediately.

Document the abuse. Write down what happened, when it occurred, the names of anyone who witnessed the harassment, and its affect. If mistreatment occurred on separate occasions, record every instance. Document the abuse as quickly as possible so details remain fresh.

Consider confronting the harasser via a letter. In this letter, include a factual summary of what happened, feelings experienced, and a straightforward request that the behavior never occur again. Keep a copy for personal record keeping; it can prove a powerful piece of evidence if authorities must ultimately be involved.

Do not self-blame.  A target of sexual harassment did nothing wrong and is not to blame for being sexually harassed. The law is designed to protect people from harassment. As options are pursued, remember that everyone deserves to feel safe and comfortable on campus.

Tell someone. It is important to tell at least one other person about the harassment. It can help to talk about the incident with a trusted friend or family member. Consider talking to someone at the school, keeping in mind that some employees may be required to report the harassment while others may act as a confidential resource and only report the harassment with consent. Who must report, who may report, and who may not report is outlined in school policy.

Report the harassment. The college has adopted the Title IX and Protection from Sex Discrimination (500.533) policy, which applies to all students, staff, and faculty. The policy defines and prohibits discrimination on the basis of sex (including domestic violence, dating violence, sexual assault, and stalking), details how to report a violation of the policy, and describes resources and supportive measures to protect those involved in the process. The policy outlines investigation, disciplinary, and due process procedures for addressing reported violations. The college is legally required to follow up on every report. The college takes sexual harassment seriously while ensuring a fair process for everyone involved. This is an administrative process, not a criminal process. A sexual harassment report may be made at any time. Although the Title IX and Protection from Sex Discrimination policy (500.533) shall govern, other school policies may be relevant.

A Little About Bridgerland Technical College 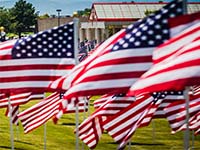 Check out Careers at BTECH